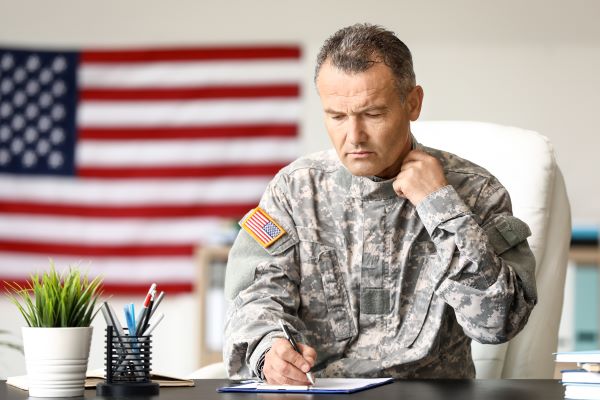 With veterans making up 20 million members of the United States population, many veterans face additional health challenges. Due to their military training, Veterans have a well-defined culture that is strong on values, codes of conduct, respect of superiors, and customs to name a few. Due to this culture, Veterans face different health challenges that family, friends, and health professionals need to be aware of. Advances in medicine have allowed many more Veterans to survive once-fatal injuries. However, this often comes at the cost of mental health. A successful transition from the battlefield to civilian life rests on being able to spot the many health issues Veterans face and assisting them in getting the help they need.

33% of Veterans are diagnosed with at least one mental health disorder. According to the US Government Accountability Office, 2.1 million Veterans received mental health treatment from the Department of Veterans Affairs from 2006 to 2010. Only about one-third of those diagnosed with a mental health issue actually seek treatment. Often, Veterans will feel embarrassed or shame about needing mental help. It is important for family and friends to help change this stigma and ensure Veterans get the help they need.

The extreme stress of military service causes Veterans to often seek out a vice, which may take the form of alcohol, tobacco, or drugs. A 2013 study titled, “Enhancing veteran-centered care: a guide for nurses in a non-VA setting” found that both cigarette and alcohol consumption is higher among Veterans than the general population. Treatment of an underlying condition, such as post-traumatic stress disorder (PTSD), has been found to reduce tobacco and alcohol consumption in some Veterans. Sometimes, long term care is required.

PTSD results from directly or indirectly experiencing a traumatic event. Military personnel are nearly four times as likely to be diagnosed with PTSD. The American Psychiatric Association diagnoses PTSD with the presence of four symptoms: intrusive symptoms (flashbacks), avoidance of reminders (isolation), negative thoughts and feelings, and exaggerated reactivity symptoms. Social support is a large facet of the treatment plan for Veterans with PTSD.

Depression is among the most treatable mental health disorders that Veterans face. Although likely underdiagnosed, the National Alliance on Mental Illness states that the depression rate for Veterans is 14%, but the treatment success rate is between 80-90%. If you know a Veteran who you believe is suffering from depression, it is vital that you assure them there is nothing “weak” or embarrassing about seeking help, and that depression is often treatable.

Veterans often have a challenging time acclimating to civilian life after being at war for any length of time. However, providing them with a strong support system, along with all of the help available to them through private care and the Department of Veterans Affairs, a smooth transition to civilian life can be achieved. If you would like to learn more or would like help with your current situation, please do not hesitate to contact our Wichita office at 316-830-5603.

Recent Posts
Categories
We assist clients in promoting the goals and ultimate legacy that good planning can accomplish. Learn how we can help you!
Contact Us
Disclaimer
Copyright Larson & Brown, PA 2023 - All Rights Reserved
Back To Top
Article 5 - Administration of the Trust Upon the Death of the Grantor
Article 12 - Revocable Living Trusts
Article 14 - Trust Administration
Article 15 - My Trustees Power
Article 16 - General Provisions
Things Your Trust Doesn't Do
Funding Your Bank Account Into Your Trust
Estate Planning
IRA
Article 13
Life Insurance
Investment Accounts